HI All,
I have an unhappy C4P MF that needs some fixing.

So far I have re-seated all the chips on all 4 boards but all I get is a video signal, no prompt when pressing break (with shift-lock down) for more than 3 seconds.

I have unmounted the suspect Supply and examined all the parts. everything *looks* fine, so I am not sure where the problem might be.

I have ordered a new 5V 10A regulated power supply from China. It will be here in 3 weeks to a month. In the meantime I have a spare 5V 3A that I am using in place of the old one that is outputting 11+V.
My oscilloscope arrived and I have verified that Phase 2 is getting to pin 39 of the CPU. I have measured the voltage on pin 40 (RES) and it is high. It stays high even when break is held for 3+ seconds. My keyboard is the 542 rev C 1980 version. There is a bunch of circuitry between the Break key and the black/red wire connectors. (oh, and the black/red connector looks fine, not shorted.)

Im going to manually short the red and black and see if the machine resets..... if not, I will then poke around the address and data lines and see what I can discover and report.

On my C2-4P and C4P, the 527 board is powered by it's own supply, and the other supply powers the 4-slot backplane containing the 502/470/540 and 505/540 cards, respectively. Are you sure that the power is partitioned as you describe? Can you post some pictures?

It's great that you got the scope. Check the clock lines as well, to make sure the clock is good. Let us know what you find.

BTW, those power supplies are repairable--not much to them. It may must be a bad regulator chip. Couldn't hurt to take a look.

I tested the CPU. Lots of activity starts to happen on the address and data lines when I short the red and black wires causing a reset. There is a clock signal on 39 and 37, 34 and 3. I get data activity on DB lines except DB1 and DB5. I get activity on all address lines except AB4, AB5, AB6, AB7, and AB9. I swapped the CPU into my superboard and when I press Break, I get "D/C/W/M" just like I do with its original 6502. However, I no longer get anything on my superboard when I press any of the keys (using either CPU!) But I guess that is another project!!!

S0, I believe the CPU is working. can you suggest what I should check next?

That's good news. You may want to zoom out on the time scale and see if the address and data line activity looks periodic (like it's in a loop waiting for something), or chaotic. Next, try checking the CE line on the boot ROM to make sure it's getting selected periodically, and check the data lines on the ROM, although I suspect all that will check out if you're seeing activity. If all that looks OK, then go to the 8T26 chips on the connector side of the board, and check to see that the data is the same on both sides of the buffers. If those go, then the CPU can't talk to other boards on the bus. Also, you should do the same thing for the video board and the RAM board.

I have spent a whole lot of time investigating the 8T26's and the data bus in general. I first started by removing all the 8T26's from all the boards, essentially isolating the data bus to the 505 board only. All data lines pulsed nicely on the 505 board and the connected circuitry... the 6502, both 6821's, SYNMON, and both the 6850's. I then added back the two 8T26's to the 505 and noted that the backplane side of the data lines pulsed nicely. I then added back the two 8T26's on the 540 board that correspond to the keyboard circuitry. Again all pulsed fine, on both sides (board and backplane). Next I re-inserted the 8T28's that correspond to the video ram (not the colour one). Things read fine on the backplane side, but the video side seemed to read stronger.

This is what I read on the backplane side of the 8T26's:

I then added back the (single) 8T26 that buffered the video RAM for colour and got this on the 540 side:

I think it looks a bit wonky!

I also added back the 8T26's to the 527 memory board and the readings on both sides of the 8T26's were normal.

The 541 Mystery Board also has two 8T26's on it that buffer the backplane to the 24K of 2114 static ram. I think you will find this interesting if not puzzling. 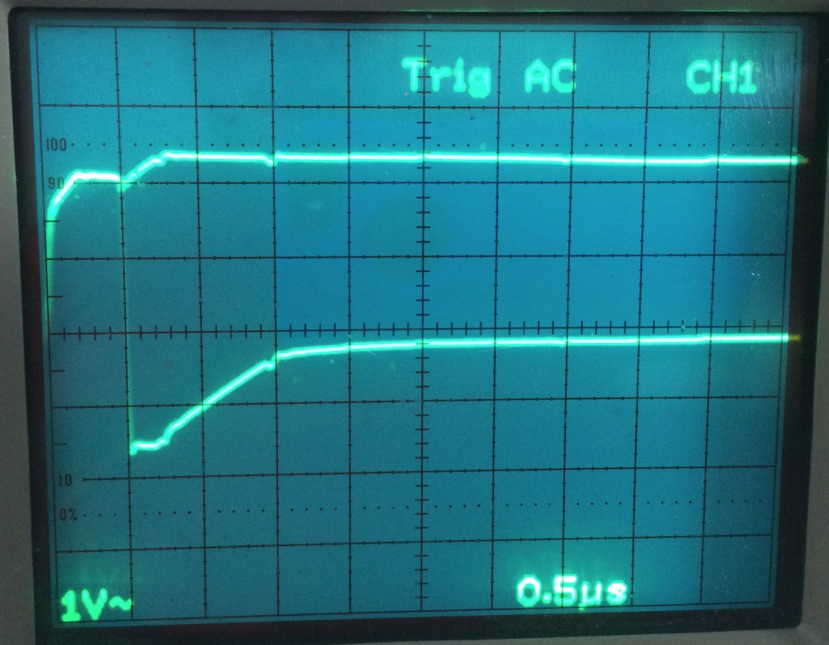 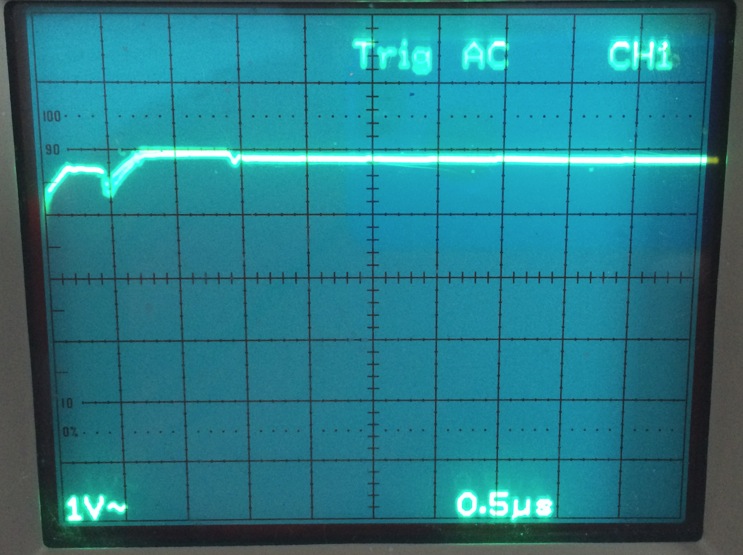 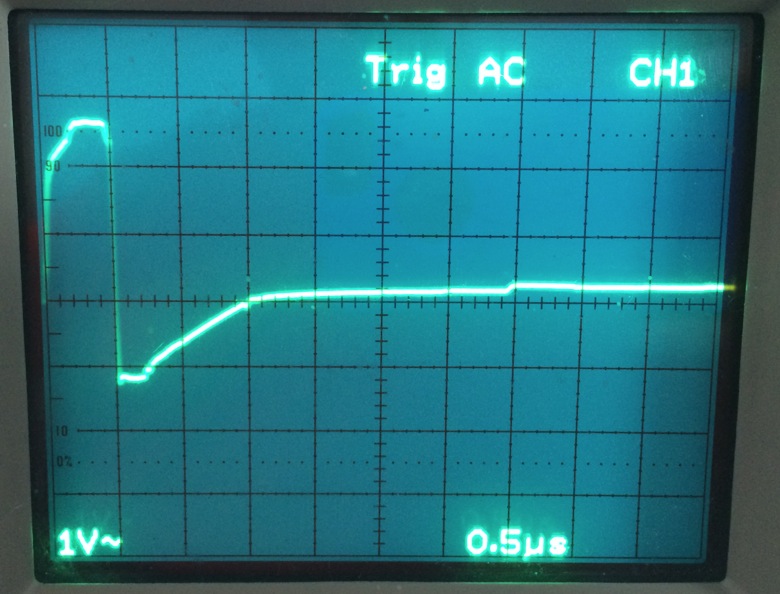 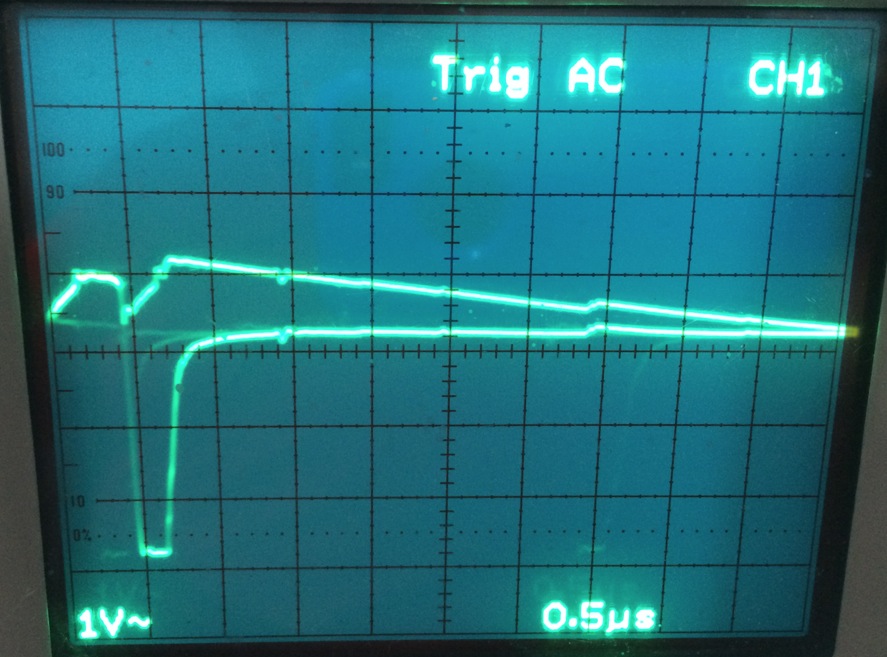 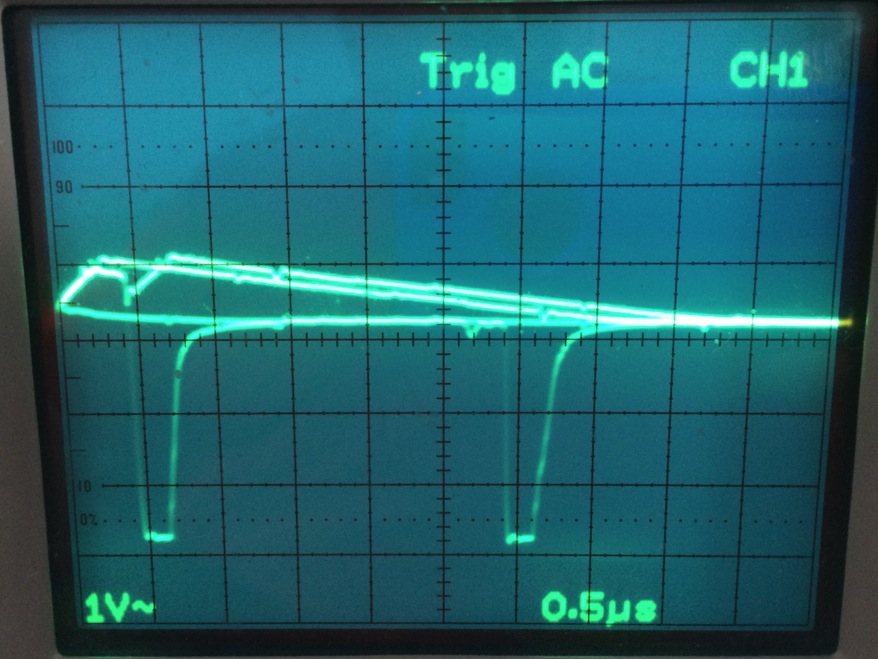 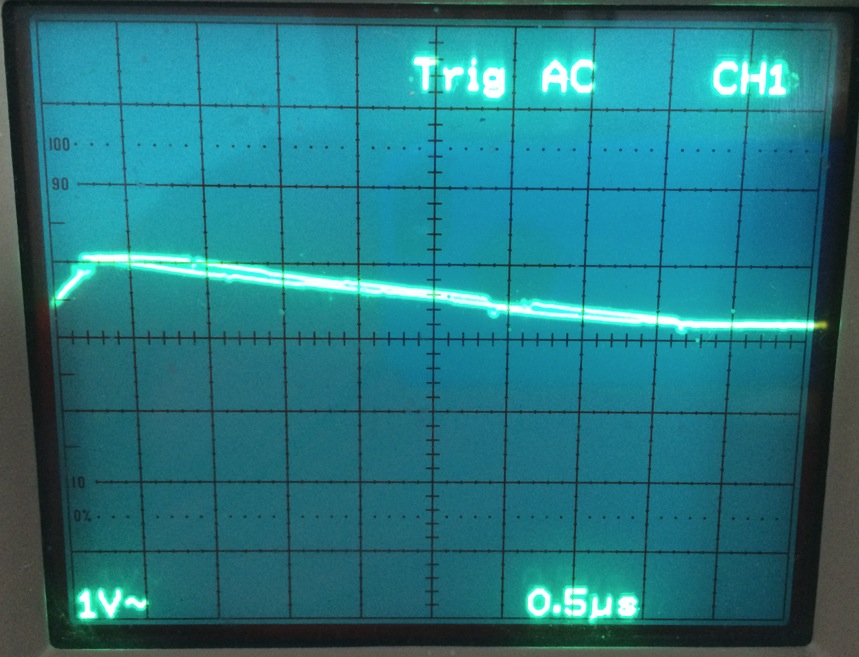 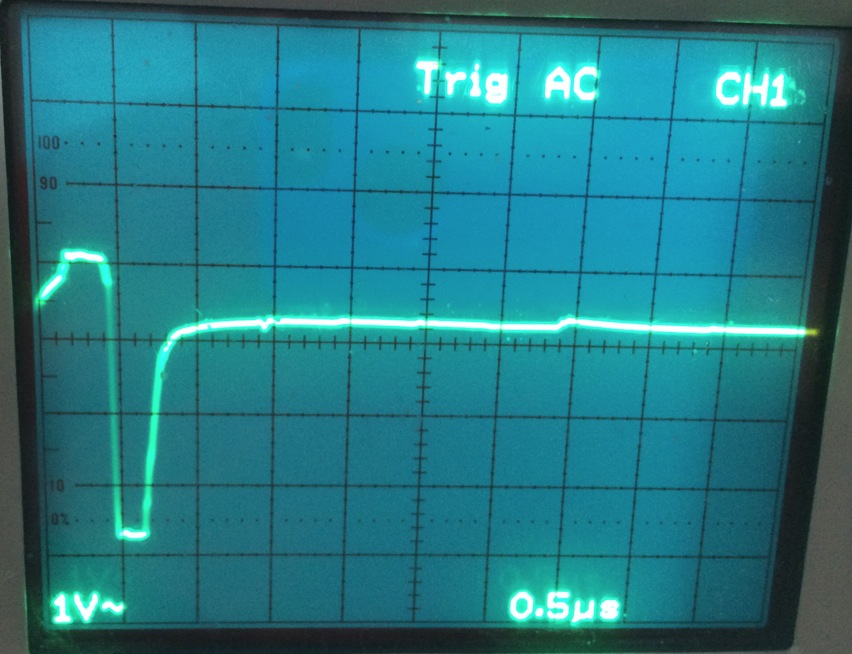 I think I am going to leave these two 8T26's out of the circuit for now. They seem flaky.

I decided to see what was being generated on the 541 side of the 8T26's without them in. All 8 lines go to the 24K of RAM on the board. 6 of the lines have, a small squiggly line, essentially flat, and two generate nothing at all!!! I thought this was weird.

I am gong to start investigate the address bus next.

Do you have any thoughts or suggestions?

Well, I put it all back together (without those two 8T26's on the 541 Mystery Board), fired it up to start investigating the address bus when something miraculous happened when I shorted the reset pins.

Success!
I then tried using the actual break key and it works after 3 seconds as well.

So I have some 8T26's on order and I am still waiting for a new 5V power supply from China. Once they arrive, with any luck, hopefully the machine will be back to full health!
Now I am itching to so SOMETHING with it!!!!!

Thank you, Dave, for all of your assistance and suggestions!

Does anyone know what the 'H' means in the H/D/M? prompt?
/Jeff

I replaced the two original power supplies with a new 5V 10A regulated power supply that I ordered from China.

I also ordered two new 8T26's and installed them on the 541 board and powered up the computer. It would not boot. Removing them restored boot operation.

I notice slightly different behaviour though, Now, when I power up the computer, I do not need to press the Reset Key to get the H/D/M? prompt, it happens automatically.

So I guess I have to start looking on the 541 side of the 8T26's on the data lines to see what the problem might be.